HE’S THE ONE WHO TRAINED THE DUI PROSECUTORS!

Lots of DUI attorneys talk about being “former prosecutors.” But Elliott brings a unique insight into defending your Tampa DUI, because he isn’t just a former prosecutor… He’s the one who trained the prosecutors (and the police!) how to handle DUI cases.

For more than a decade, Elliott was a featured speaker at every DUI Trial Advocacy School, which is Florida’s premier training program for prosecutor DUI training, and was awarded the Florida Prosecuting Attorney Association’s “Distinguished Faculty” award.

Elliott was one of the first two Traffic Safety Resource Prosecutors for the entire state of Florida, and was responsible for handling the DUI training of prosecutors and law enforcement officers around the entire state. Elliott can anticipate how your police officer and prosecutor are going to strategize their case for court, because not only did he train many of them, he created the training materials and videos that they still rely upon today!

Now, you can take advantage of  the unique insider’s knowledge that Elliott brings to the courtroom to protect your rights and defend your Tampa DUI case. Elliott dedicates 100% of his courtroom practice to defending drivers like you who have been accused of a Tampa DUI, and isn’t afraid to fight your case all the way to a winning verdict.

RECOGNIZED BY HIS PEERS FOR COURTROOM EXCELLENCE
Elliott Wilcox repeatedly receives the highest rankings from AVVO (10 out of 10, “Superb”), and the distinguished Martindale-Hubbell Rated A/V® (“Preeminent™”). The “10″ rating indicates that he has been widely recognized by the legal community for superb professional conduct and experience, and the A/V Preeminent Rating is the pinnacle of professional excellent earned through a strenuous Peer Review Rating process. These are the highest rankings that an attorney can receive from both organizations. 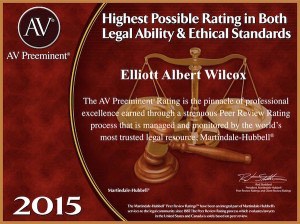 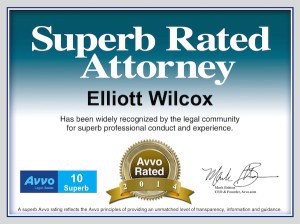 NATIONALLY PUBLISHED AUTHOR,
INTERNATIONALLY RECOGNIZED FOR HIS COURTROOM SKILLS
Elliott has gained an international reputation for his courtroom skills. He has handled thousands of cases, invested more than 10,000 hours in the courtroom, and served as the lead trial lawyer in over 200 jury trials. In addition to his courtroom work, Elliott is the author of The Complete Trial Lawyer Success System, Quotations for Trial Lawyers, and The Trial Notebook. He publishes the weekly Trial Tips Newsletter, a courtroom skills publication read by more than 12,000 trial lawyers around the world, and has had his articles featured in Trial magazine (July 2008 cover article), Florida Bar News, New York State Bar Journal, and the OCBA’s Briefs.

WHEN ELLIOTT SPEAKS, OTHER LAWYERS LISTEN…

An adjunct professor of trial advocacy since 2005, Elliott has taught hundreds of law students how to win in the courtroom, and has coached more than a thousand trial lawyers how to take their courtroom skills to the next level by using his “Winning Story” techniques during trial.

Elliott is a sought after speaker who has taught both local and national groups of attorneys how to win in the courtroom. Elliott’s presentations on “Getting Jurors to Talk,” “Telling the Winning Story in Opening Statement,” “Winning with Direct Examination,”  and other courtroom skills have been used to create training programs for entire offices of attorneys, and you’ll find his training materials in the library of many local attorneys.

NEXT STEP: Speak with a DUI Lawyer Today

If you’ve been arrested for DUI, no matter how bad the case looks, don’t ever plead guilty without first talking to a Tampa DUI lawyer. There may even be a way that can get your charges dismissed, but you’ll never know unless you fight your charges by talking to a Tampa DUI lawyer as soon as possible. Many of the issues in DUI cases are very time sensitive. DUI cases are serious, with harsher penalties than many felony cases, and the “hidden cost” of DUI insurance that can easily climb past $25,000! (Good news: You can avoid almost all of that if your DUI lawyer gets the DUI dropped or gets the charge reduced!)

If you want your best chance for avoiding a DUI, you should call an experienced Tampa DUI attorney today. To talk to Elliott about the different options for saving your license and defending your DUI case, call toll-free at (855) THE-DUI-GUY (855-843-3844) or (813) 699-5517 today! 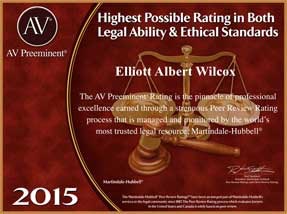